HomeFitnessDwayne Johnson Explains How He Turned 7 Bucks Into ZOA+ 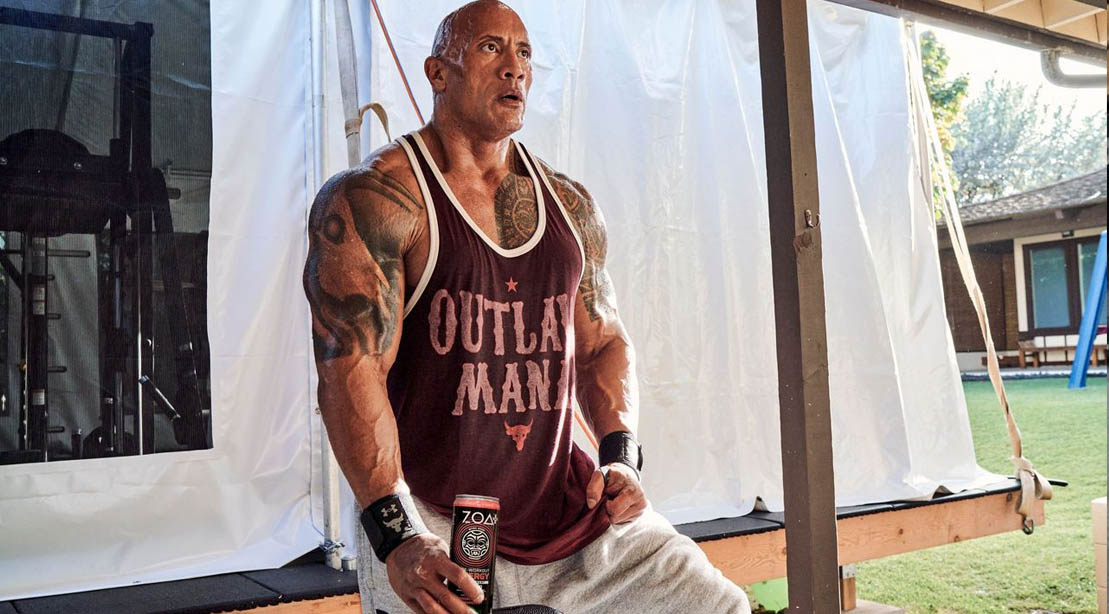 Dwayne Johnson Explains How He Turned 7 Bucks Into ZOA+

If you look closely at the ZOA Energy logo, there is a number 7 placed within the letter Z; a reminder that life hits hard, but you can hit back harder.

When you look at the massive success Dwayne Johnson has accomplished in his life, it’s hard to imagine the WWE legend turned global megastar, defeated, downcast, and broke. But that’s exactly what he was as at the young age of 22 when his dreams of playing for the NFL came to a screeching halt.

After not getting drafted into the NFL, and getting cut from the CFL, Johnson was faced with the reality that what he worked so hard for just wasn’t going to happen. (And we all know how hard the Rock works)

Sent home and forced to live with his parents with only seven bucks in his pocket, it’s safe to say the Rock himself had hit rock-bottom. It was at this moment in time that Johnson had two choices: give up or give everything he’s got to create the life he wanted.

“I was going to do everything in my power with my own two hands to change the trajectory of my life,” says Johnson, and he did exactly that.

Chances are, if you’re a fan of the Rock then you already know that story, but what you don’t know is, that defining moment in his life, became the heart and soul of ZOA Energy; the fastest-growing energy drink brand on the market.

The Moment ZOA Energy Was Born

Created by co-founders Johnson, Dave Rienzi, Dany Garcia, and John Shulman, who for decades not only built brands and businesses together but built a bond over 31-plus years that now feels more like an extended family. “We are business partners, but more importantly than that, we are family,” Johnson says. So, when the close-knit group realized that there wasn’t an energy drink on the market that matched what they were looking for, which consisted of clean ingredients, essential vitamins, antioxidants, amino acids, and clean, green natural caffeine, it was second nature to partner up and bring their vision to life.

“When we realized the energy drink we wanted didn’t exist, we decided that we were going to partner up, align our vision and ambitions, and we were going to go create it,” said Johnson. And in that effort, ZOA Energy was born.

A Formula for Success (In the Gym and on the Market)

It wasn’t long before ZOA Energy became the fastest growing energy drink on the market, and with good reason. Consumers not only enjoyed the product, but respected the co-founder’s mission behind the drink: to provide everyone, of all backgrounds, cultures, and status, with a clean, natural energy drink formulated with the consumer’s health and goals in mind.

“There’s a real story, a real meaning, and a real authenticity behind our brand; a real connective tissue between our ZOA Energy and our consumers,” Johnson says.

And it’s the healthier-for-you ingredients that stand out to the consumers, such as green tea and unroasted coffee beans packed with antioxidants for sustained energy and immune system support.

And with Dave Rienzi, chief health officer, strength and conditioning coach of the Rock, with over 25 years of experience in health and fitness on board, the ZOA Energy co-founders were able to formulate a recipe for pre-workout success.

Do You Smell What Dave Rienzi Cooked Up?

Rienzi’s degreed expertise has given him a deep knowledge of sports supplements, which makes the formulation of ZOA+ unique. “While devising the formulation of ZOA+, I included the ingredients that over the years I have found work best for my clients and myself, in addition to incorporating new formulation innovations,” says Rienzi. And it wasn’t an overnight operation by any means, as the co-founders strategically executed a formulation process across a span of eight months.

Rienzi’s goal was to create an extremely functional ready-to-drink supplement that provides steady energy throughout an intense workout, without adverse side effects, while tasting exceptional.

“I began with a targeted list of ingredients I felt would be highly effective for the functional outcome we desired.” He explains. From there, working closely with the formulation team, the cofounders then determined what ingredients worked best.

The formulation was then put to the test in the gym, and the rigorous process of testing and retesting the optimal ingredient levels for all facets of ZOA+ began. “It was an arduous process, but I could not be happier with where we landed — the functionality and taste of the product is exceptional,” Rienzi says.

Rienzi firmly believes ZOA+ will change people’s workout through its unique formulation that will give them sustained energy, promote blood flow to the muscles, and aid cognitive function and focus.

A Look Inside the Can of ZOA+

A zero-sugar energy supplement with 200 mg of natural clean caffeine from green coffee and green tea, ZOA+ contains no preservatives, artificial flavors, or dyes and is packed with focus-enhancing B vitamins, folate, and ginkgo biloba; 3,000mg of performance-boosting nitric oxide support and L-citrulline; hydrating electrolytes; immune-supporting vitamins C and D; and a blend of healthy dietary supplements and antioxidants designed to support workouts.

Jocko Go or Zoa? We break down the great energy drink rivalry of 2021!