HomeFitnessJason Scott Lee Played Bruce Lee in the ’90s, and Is Shredded Once Again at 54 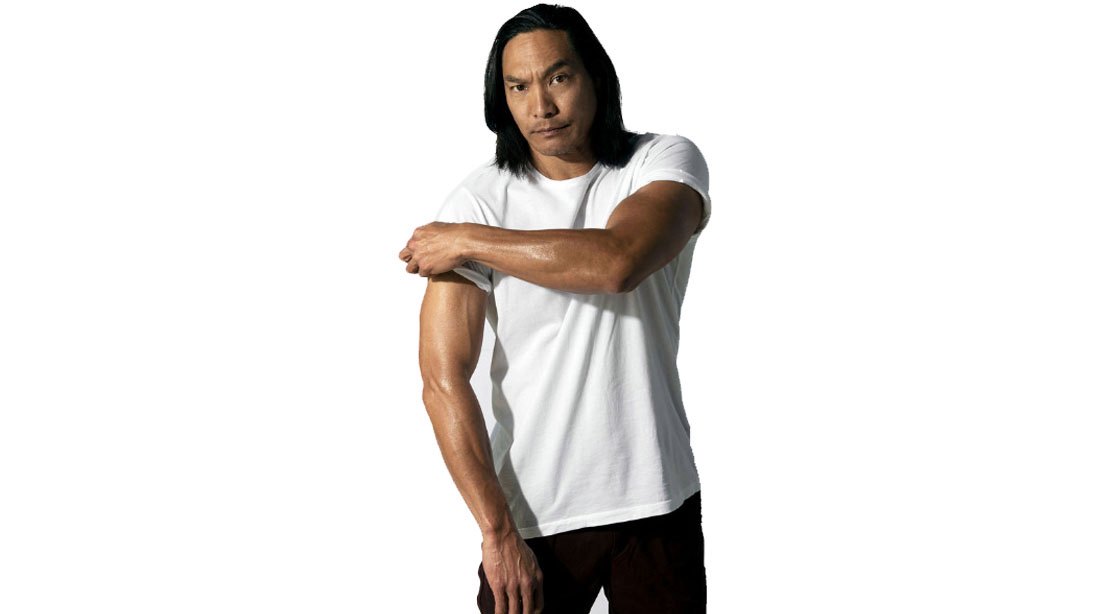 Jason Scott Lee Played Bruce Lee in the ’90s, and Is Shredded Once Again at 54

Jason Scott Lee is no stranger to testing his limits in order to take on challenging roles but a year ago, at 53, he stunned the world by cutting down to 4% bodyfat to play the evil Böri Khan in the Disney+ live action movie, Mulan. Seemingly fitter than ever, this martial artist has learned to live off the land and work with the pros and cons that come with maturity.

Here, the popular actor speaks about stepping out of his comfort zone, seeing the fruits of his labor, and joining the cast of the Disney hit Doogie Kamealhoa, MD.

Lee’s résumé is packed. The movie star has played Mowgli in the live action version of Jungle Book, has lent his voice to animations such as Lilo & Stitch, and is perhaps best known for the lofty role of Bruce Lee (no relation) almost 30 years ago in the film Dragon: The Bruce Lee Story.

But his successful career comes as a result of a willingness to step outside of his comfort zone. Following small roles in Matlock and The A-Team, the fledgling actor was a surprise pick for the high-profile role of the martial arts icon for the 1993 film because, despite having a strong likeness to Bruce, Jason Scott Lee had no prior martial arts experience before his star turn in Dragon.

Stepping out of his comfort zone

“The teacher I had was a former student of Bruce,” says Lee, referring to well-known Jeet Kune Do instructor Jerry Poteet, who died in 2012 at age 75. “I became engaged. A lot of times, people think, ‘Oh, you are training for this film,’ and they think it’s a physical thing, but so much of it was about sitting with a pot of green tea and having discussions. Like they say, the mind is first and the body will follow. That kind of introduction to martial arts was invaluable. The physical training was pretty much along the lines of how Bruce drilled [his students]. We used focus mitts and concentrated on hitting things, and making contact, and feeling it.” Throwing himself into an unfamiliar role brought an air of authenticity to his portrayal of Bruce Lee that garnered critical acclaim.

Lee bought a farm in Hawaii 20 years ago and completely disconnected with his acting career for several years. He started taking calls from Hollywood once again in 2014, and has been busier than ever, but the opportunity of playing the villain, Böri Khan meant he had to get shredded. Lee wanted to see if he was up to the task and so just like with Dragon, he had to prepare himself mentally first.

“I think as you get older, your mind gets stronger,” says Lee. “My trainer and I worked on a promise to get down to 4% body fat. I thought it was impossible at my age. I was 52 at the time. You just stay on that path — it’s just day to day.”

Under the guidance of his trainer, Bojan Mladenovic, Lee worked out twice each day, for almost three months. Even the warmups were intense, often comprising of half-hour bear-crawl sessions. It was tough, but Lee found the process was manageable if he kept his diet on point and made sure to get plenty of sleep. “You are pretty golden if you can have that kind of discipline,” he says.

When it came to nutrition, breakfast would often mean 10 egg whites followed by a banana. “Some people talk about cheat days, but I didn’t really feel that I needed one,” says Lee. “Some days were harder than others. Midday was chicken breast, 10 egg whites and a banana. Then a little coconut water after a workout, and maybe a handful of walnuts or almonds between things. That kind of kept me going and I did supplement with American ginseng and a little cordyceps — that kept my immunity strong.” Mladenovic also recommended that Lee take some apple cider vinegar in the morning mixed with turmeric and lemon juice.

“Before Mulan, I was living in Singapore and a lot of the food is so oily and salty, that I was carrying a bit of [extra] weight on me. A friend recommended that, as I was going through this transformation, I should eat parsley. I would buy it from the market, a bunch of it, stick it in a vase of water, and every day I could pluck it off.” Parsley contains chlorophyll, which is attributed with detoxing the body and providing energy.

Once again, Lee’s next project will take his acting skills to new places as he joins the cast of Doogie Kamealoha, MD, set to stream on Disney+ starting Sept. 8. “It’s very different,” says Lee. “It’s a foray into comedy, because it’s a dramady. It’s kind of a reimagination of Doogie Houser, MD. It’s the story of a 16-year-old genius prodigy who becomes a doctor, and I play her father Benny, who’s from the Hawaiian Islands. My character’s background is in finance, but he quit the rat race and bought a flower truck. It’s a nice take and it has very authentic cultural values. It’s beautifully shot.”

Living off the land

While comedy may be newer territory for Lee than, say, action roles, this latest character is not so far removed from his own values. Lee lives on a 25-acre farm at the top of a mountain in Hawaii and when he’s not being so strict with his diet, the actor still believes in eating whole foods and cutting out processed fats and sugars. “Being out in the country here, and having a little bit of a homestead, a farm, I see it in my children,” says Lee. “They love it. They are having the time of their life. I’m enjoying being a dad, being a father, and seeing them enjoy that freedom.”

These kickass stars are experts in their disciplines.

Prev post
Stress and Aging: Common Causes of Stress and How They Affect your Health
Next post
District CrossFit