HomeFitnessRoger Tomas is an Agent of Fitness for Major League Baseball 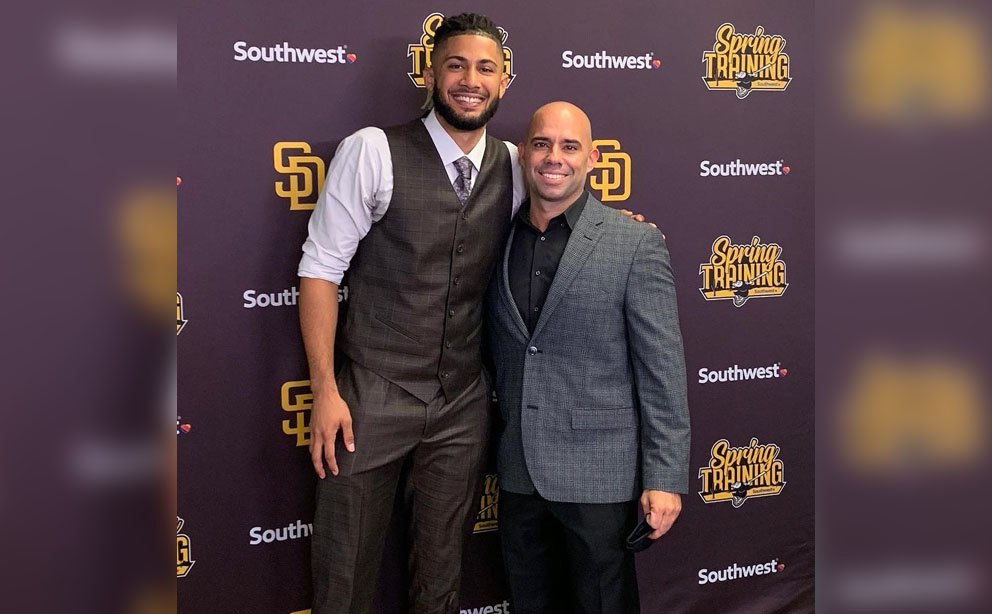 Roger Tomas is an Agent of Fitness for Major League Baseball

Consistency and steadiness are two of the most important traits a Major League Baseball player can possess.

Sure, the game has evolved into more of a strength and power sport in recent decades. Pitchers throw harder, home runs are traveling farther, and players physically resemble NFL strong safeties while making freakishly athletic plays all over the field. But the national pastime is still a nine-inning, three-hour-long game, with a 162-game regular season played mostly in the hot summer months.

It’s a grind, and it requires a player to roll with the punches and endure the recurring failures — like making an out at the plate at least 65% of the time (the best hitters in baseball bat in the low to mid .300s).

Young players, in particular, are susceptible to the ups and downs, the good days and dog days of a Major League season. A big leaguer in his early to mid 20s needs a good support system to get through it successfully and land a big second or third contract that not only changes his life but provides generational wealth for his family.

That support system includes an agent, and one of the best in the game working with young ballplayers is Roger Tomas. The movie Jerry Maguire and TV series Arli$$ made the lifestyle of a professional sports agent look glamorous day in and day out. But in real life, it’s anything but. It’s a grind, requiring constant travel to see clients in different Major League cities and often mentoring struggling players trying to make it in a new country (as of 2021, 28% of MLB players were born outside of the U.S.).

Just like a big leaguer needs to train for the grind of a long season, so too does his agent.

“With this lifestyle, I go to different cities all over the country for two weeks at a time or longer,” says Tomas, who currently lives in the Miami area and is an agent for the California-based agency MVP Sports Group, which represents baseball superstars Manny Machado, Albert Pujols, and Joey Votto, among others. “It’s important for me to practice a healthy lifestyle to keep my immune system strong and feel good and energized despite all the travel. But also, if I’m explaining to my clients the importance of sleep, nutrition, and strength training for them as professional athletes, I need to practice what I preach.”

For Love of the Game

Tomas is the perfect agent for a client roster of young, culturally diverse players. Born in the Dominican Republic before moving to Miami as a child, many of his personal clients also come from the Dominican (a hotbed for Major League talent), including Fernando Tatis Jr., of the San Diego Padres and the Houston Astros’ Cristian Javier.

Tomas also has a background as a player, starting over 200 games for the University of Miami from 2004-2007. He was a sure-handed fielder at shortstop and third base for the Hurricanes and a career .290s switch-hitter who rarely struck out and sprayed the ball to all fields. Although never a big home run hitter (only two in his college career), Tomas racked up numerous accolades at Miami, including being named to the 2004 College World Series All-Tournament team after filling in at shortstop for future MLB superstar Ryan Braun midseason due to an injury.

Tomas made a career off doing the little things extremely well: taking walks, bunting runners over, stealing bases, posting an elite fielding percentage at a premium position, even playing hurt when needed. A classic “small ball” player, steady and consistent.

“Honestly, [small ball] guys don’t always make a lot of money in the Majors, but 10, 20 years ago those were the types of guys that the industry at every level was looking for,” says the 35-year-old. “It was all about on-base percentage.”

After Miami, Tomas played three seasons of minor league ball in the Detroit Tigers farm system before retiring as a player. Two years later, in 2011, he was an MLBPA-certified agent, his first big-league client being Paco Rodriguez, a left-handed pitcher for the Dodgers from 2012-2015.

“I just love the game of baseball,” says Tomas. “I love the whole aspect of teaching and being involved in competition. I enjoy the business side, too, like when you negotiate a big deal and see a family really happy. A lot of kids from South Florida come from very little, so when you see them sign for a million, two-and-a-half million bucks, it’s a special thing.”

Tomas’ background as a player and his Dominican roots helps him relate to his clients (though he represents several American-born players as well), but he also leads by example. To help withstand the occupational grind, Tomas works out six days a week at PER4ORM, an elite-level training facility in Davie, FL, where multiple MVP Sports Group clients train. (Tomas and MVP also refer players to Bommarito Performance Systems in Miami and Cressey Sports Performance in Palm Beach Gardens.)

While known nationally for its MLB and NFL clientele, including NFL Draft Combine prep, PER4ORM also caters to non-professional athletes who want to train seriously for better movement and functional strength.

When traveling, he drops in at whatever well-equipped gym he can find and has a PER4ORM coach send him his workout for the day electronically. Even though he’s no longer playing, getting in his training is as important as ever now. Tomas believes in the power of routine, in large part because he was diagnosed with Crohn’s Disease while in college.

“Back then, 16 or 17 years ago, they didn’t have the medication they have now, so I was constantly sick and going to the emergency room,” he says. “As I’ve gotten older, I’ve changed my eating habits, and the medication has gotten better. More than anything, it’s taught me to have routines in my life.”

Sticking to proper nutrition and training routines helps Tomas personally, but he constantly preaches it to his clients as well.

“Baseball is such a failure sport that when you fail one time, if you’re not mentally strong enough, it could make you spiral out of control,” says Tomas. “I always tell these guys, ‘When you have a routine that works, stick to it. It might not work 100% of the time, but that’s what’s going to give you the best chance of succeeding in games.’ What you don’t want is for a player to be changing what he does on a daily or weekly basis. That’s when things get very chaotic, and it becomes that much harder to get back into the zone of consistency.”

This reliance on routines can even lead to success in areas outside of sports, says Tomas: “I’m not just talking about baseball. This applies to if you want to be a doctor or own a business. Having a routine essentially just means getting organized. When you’re organized, you get a lot more accomplished during the day, and over time you’ll accomplish your goals and be successful that much faster.”