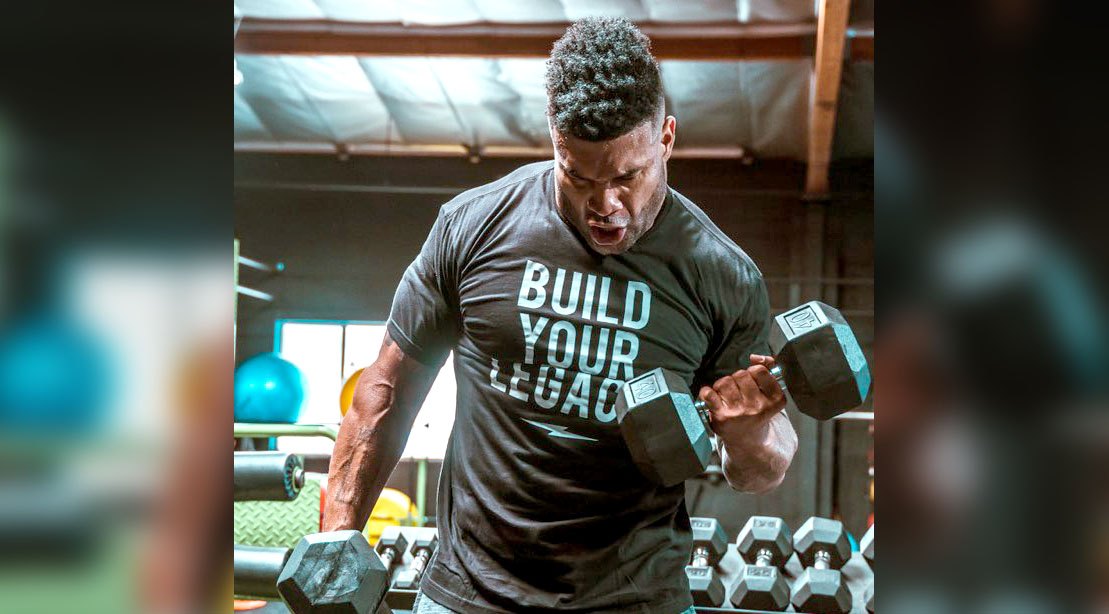 For the first time in nearly two years, Shawne Merriman can finally turn the lights back on “Lights Out.”

It’s been a wild ride filled with both commitment and uncertainty ever since the two-time NFL All-Pro and three-time Pro Bowl selection earned his “Lights Out” nickname after knocking four opponents unconscious in one game as a high school sophomore. Merriman knew as a teenager there was more to the moniker than just a reputation for big hits. Merriman had been handed a brand that would represent power and strength long after his football days ended.

It started with finding fabric and logos to create his Lights Out clothing brand. Behind the scenes, while Merriman was training in MMA to work on his sack skills that made him an NFL superstar during his eight-year career with the San Diego Chargers and Buffalo Bills in the mid 2000s, he began toying with the idea of developing his own MMA organization.

In 2019, Merriman finally launched Lights Out Xtreme Fighting, a SoCal-baaed MMA organization which featured four events in 2019 and makes its return on Aug. 7 with LXF5 held at LA’s Commerce Casino.

“I guess it’s taken me 16 years to be an overnight success in this business,” the 2005 NFL Defensive Rookie of the Year says. “I’ve been at this Lights Out thing for 15 years. Now more people are just starting to take notice of MMA, so it’s taken me nearly two decades to figure this out. If I had walked away just because something didn’t go according to plan, I’d never get here.”

A year ago, no one planned for COVID-19, as states such as California began locking down in March of 2020. With restrictions and shutdowns of most people’s livelihoods, including live, in-person events taking its toll on residents and business owners, Merriman had his own decisions to make about LXF’s future. As doubt over if and when the next event would take place hovered, Merriman took note of the fighters commitment to training in search of earning their big break in MMA.

Merriman kept fighting as well, and his reward: He announced recently that LXF5 will be live-streamed globally for the first time by Fubo Sports Network, a big step toward LXF’s continued rise among fight organizations, especially with such a layoff.

“When we got shut down last March, I realized the fighters were still preparing, still sparring, working their asses off, but couldn’t fight,” Merriman recalls. “It may have just been a monetary hit for me, but for them, it was bigger. It was their careers. And now, coming back, finally, and being live-streamed on Fubo Sports, it’s bigger, and I’m excited.”

Having a nickname such as “Lights Out,” as well as a stellar eight-year NFL career before injuries forced him to retire in 2012, made the transition from All-Pro to all things business slightly smoother than others may face. But making the career switch took plenty of planning and mental toughness, as he explains in this week’s Winning Strategy. Merriman talks about the importance of having a blueprint in place before its time to hang up the cleats, using harsh negativity as fuel, staying engaged with your audience, and keeping your body right.

“I’ve always tried to stick to the game plan,” says the 2005 NFL Defensive Rookie of the Year who had 39½ sacks in his first three seasons. “My coaches always told me that if you’re going to go off script, you better make the play. And I still take that approach to life.”

1. HAVE YOUR NEXT GAME PLAN READY

What makes a supreme athlete is having great discipline, a work ethic, and being able to overcome adversity, like injuries. We should be equipped to be successful in the next life — and planning for the next stage of your career is probably the most important thing you can do. But it could be scary because it’s filled with uncertainty since it’s a lot of unfamiliar territory in going to that next stage.

For a while I had the mentality of being invincible. Early on, as a young athlete, you don’t think it can happen to you. If I dislocated something, I’d just pop it back in and go back in the game. But blowing out my knee in 2008, then having surgery really opened my eyes to the fact that football wasn’t going to last forever. It created a lot of downtime, and that’s when I began fine-tuning the brand, researching manufacturers, looking for clothing at a buck or two less.

Now I tell athletes to start getting your foot in the ground right away in order for that smooth transition. I started kind of pushing my Lights Out brand after getting the nickname. I realized that lifestyle was bigger than I would ever be, and that’s when It kind of branched out.

2. BUILD YOUR OWN BRAND

To succeed, you must find your brand’s DNA. How do you want people to see what it is you’re selling? People have always associated me with big hits, working out, high energy. So I want my brand to represent knockouts and power — It could never be Lights Out, the paper towels. For someone trying to build a brand and get it out there, you have to find what you want your brand’s message to be.

When it comes to promoting Lights Out Xtreme Fighting, I look at it like this: I’m just kind of the name of the platform that’s putting the word out. All the things that I do in the media, I’m out here to promote the league and the fighters — I just have the platform to do so. Some people may still recognize me in a restaurant, but a 17-year-old may not. But one day he’s going to see Lights Out Xtreme Fighting on TV or on a giant billboard, and may never realize the guy who built it played for the Chargers and Bills.

Just remember, whatever you choose as a brand, do not force an idea that isn’t you. Only you can represent it — you’re the spokesperson. If you’re not confident in what you’re talking about and promoting, it’s gonna resonate with your audience.

3. ALWAYS BE ENGAGED ON SOCIAL MEDIA

I love being a troll. I especially enjoy other people’s teams. But it’s not about talking trash, even if it’s with Raiders or Patriots or even Broncos fans. Fans reply to me, and I’ll oftentimes reply back. And people appreciate it. Engaging automatically lets people know that you care, and that you’re not strutting around like a big shot.

But at the same time, use social media to your advantage with other important matters in your life. And you don’t need a billion followers, just a following that’s interested in keeping up with you. You can get a lot of attention from your core audience, and that can direct them to the important things you have going on as well.

I’ve had to go from Shawne Merriman with the mohawk and Lights Out dance on the field to Shawne Merriman the businessman. I’ve taken that same intensity from football to business, to show people what I may be doing behind the scenes with my brand.

4. ‘GROW’ YOUR FOLLOWING OF HATERS

People hate greatness, that’s never going to change. And if you’re not getting a certain amount of hate, then you need to look at what you’re doing.

What makes some of the best athletes is that they’re able to use all the negative feedback as fuel. Ultimately, you should always be your harshest critic. If you’re not succeeding, then you should already be disappointed — it shouldn’t matter what anyone else says.

I always thought it was cliché, but It’s so true: “What doesn’t kill you will make you stronger.” My thick skin developed when I grew up homeless for a while as a kid. I developed a second layer from having the worst things in the world said about me and having to overcome. Again, it boils down to what doesn’t kill you makes you stronger. Once you’ve been through it and heard everything, the little stuff really won’t bother you anymore.

5. FIT YOURSELF FOR GREATNESS

When it comes to training, working out was never just for football. I trained for football to work on my craft and get better at my position. But I worked out because I always wanted to feel and look better. And that still applies.

I tell people they should look at training like they look at air — they’re both necessities. Today I train a lot of MMA to improve my skills, and I hit the gym at Dragon’s Lair [in Las Vegas a few times a week as well. You’ve got to work your heart, your strength, your cardio — It’s all about feeling better all around.

Think about it: If you’re not working or sweating, you’re going to build depression because you have no release. I look at working out as I look at eating and breathing: I need to eat, I need to breathe, and I need to work out. Those are the priorities.

Winning Strategy: This American Hero Has a Plan to…

Space history may be different if the decorated Navy SEAL and astronaut had “slept on it.”

Prev post
Burn the Most Fat, Build the Most Muscle
Next post
Hack Your Workouts to Lose Weight Quickly