HomeFitnessMonica Brant Explains Why She Shifted to Figure Division 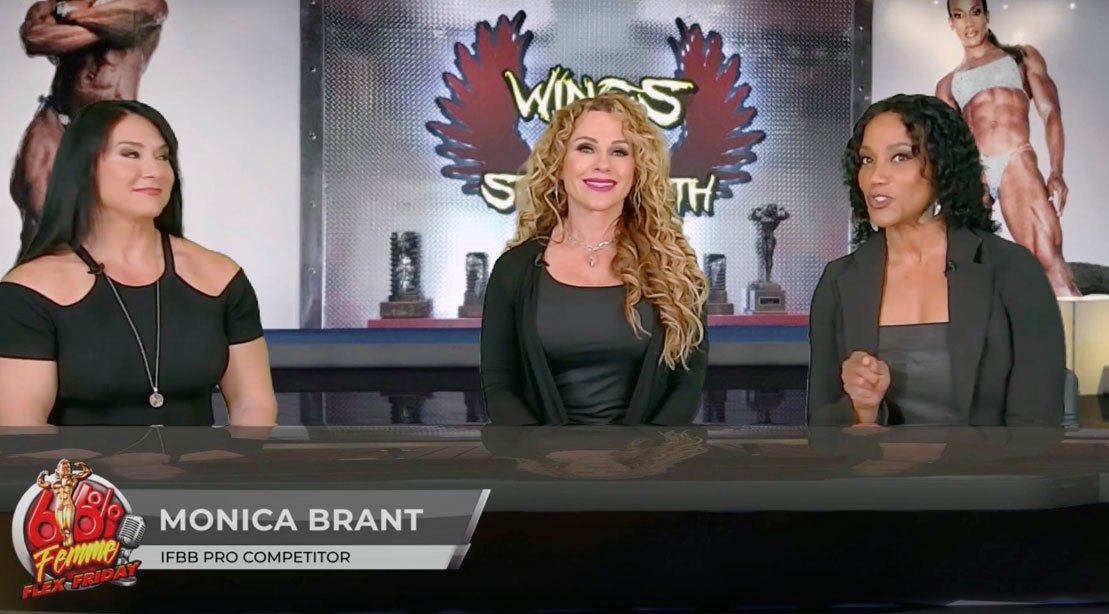 Monica Brant Explains Why She Shifted to Figure Division

Monica Brant is a legend in the world of bodybuilding and fitness. She also should be considered a pioneer in the sport. She was in the lineup of the very first Fitness Olympia in 1995, and she was in the inaugural Figure Olympia eight years later.

No one in Olympia history has ever won the top title in two divisions, but Brant could be considered the athlete who came the closest. Aside from her 1998 Fitness Olympia victory, she had placed second in the 2003 Figure Olympia. Davana Medina ultimately won that particular contest.

Brant joined Alina Popa and the returning Lenda Murray on this week’s episode of Femme Flex Friday. One of the topics that Popa asked about was the reason for Brant making the switch from Fitness to Figure, which made headlines at that time.

“One thing I didn’t do was advance my gymnastics enough, mind you and remember I was self-taught, to compete with the women that were coming into Fitness that had this giant gymnastics background like Mary (Semple-Marzetta), and Susan (Curry). All of them had those backgrounds.”

Another reason that Brant mentioned was a mistake that she made at the 1999 Olympia, which resulted in her placing fourth and losing her title. After that competition, she opted to walk away from the competitive spotlight for a while.

“I was a little worn out from gymnastics. I was just kind of burned out on keeping up with the gymnastics thing. I was also working, and I was under contracts. No one was saying ‘you have to compete,’ which I would never sign anyways. I just kind of laid low, and then Jim Lorimer calls me in 2002 and invites me to the first Figure International. And how could I say no to Jim Lorimer?”

The transition from one division to another was challenging, but Brant was up to the task. Murray actually referred to the guest as the “uncrowned Ms. Figure Olympia” because she felt Brant deserved at least one title. Brant spoke about what she got from competing in that division.

“What I understood was those shows, all the way, no matter what show I did, no matter how I did, I always used them to help build my career. And also, I guess bless others coming into the sport that may be looking at the shows and winning as such a big ‘have to have’ and if they don’t win, it’s devastating. It’s a placement. Now use that show to do something else. Use it to build a business.”

Brant shares numerous stories in this rare interview including how she got her first Muscle and Fitness cover, her career in track, and much more. Check out the full episode over at www.wingsofstrength.net .

The former Olympia champions were this week’s guest on Femme Flex Friday.