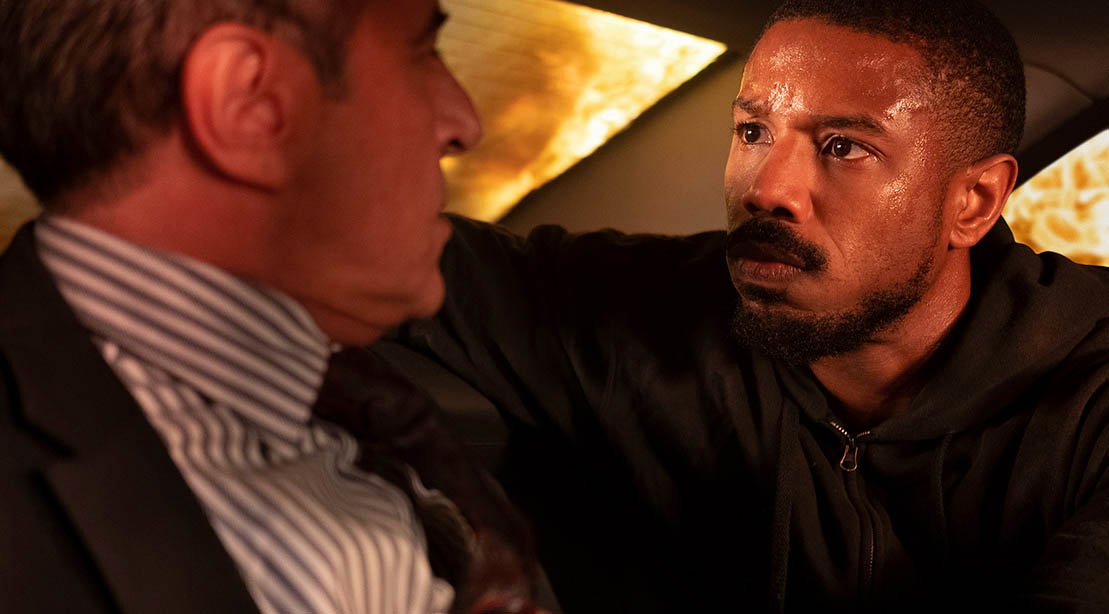 In Without Remorse, the film adaptation of Tom Clancy’s novel, Michael B. Jordan plays John Clark, an elite Navy SEAL out to avenge his wife’s murder, but he soon finds himself embroiled in a conspiracy that threatens to take his own life.

On screen, Clark relies on a combination of high-powered weapons and blistering explosions to eliminate the bad guys, just as you would rightly expect from a Clancy-based thriller, but alongside the fantasy elements are some startling nods to reality. In the movie, out now on Amazon Prime Video, the cast and crew make a determined effort to present a realistic depiction of battle. In addition to the acute attention to detail focused on the use of weapons training and intelligence gathering, those thumping hand-to-hand combat sequences are based in fact too, because anything goes when your life is at stake.

Jon Stratford, a respected English Commando who served for more than 14 years with the Royal Marines, previewed some of those fight scenes alongside M&F, and could relate to many of the moves used by Jordan in his starring role.

“There are no rules when someone is trying to kill you,” says Stratford as he takes us through some of his own tips and tricks. “It’s kill or be killed. Your opponent — I should say enemy — won’t have any mercy on you, so use anything at your disposal to survive.”

So in the event you find yourself in some sort of dicey situation, Stratford shares some of the most important skills you may need when hand-to-hand combat becomes absolutely necessary. It’s a discipline that seemingly has no limits, but it is important to remember that these are professionally trained skills, and just like with martial arts, they come with great responsibility and should never be used out of context.

First things first: Don’t underestimate the power of staying balanced. If you are easily knocked off your feet, you could find that you’re easy prey for the enemy. Keep your feet at least shoulder-width apart and use your legs to stay balanced. If you don’t want to land in a heap after being pushed backward, make sure to have a foot planted behind you. This will support your bodyweight when it comes up against force. When you find yourself ready to strike, never overreach. You could make yourself vulnerable by leaning or falling too far forward. Use your leading hand to gauge distance between yourself and your enemy, so that you can make an accurate jab with the other arm.

Leverage can come from many places during a battle between soldiers and will serve you well, even against much stronger attackers. “Look for what they are wearing,” says Stratford. Clothing such as a shirt or tie can make for great handles! In combat between military personnel, an individual may be carrying a rucksack or a water bottle. Grabbing hold of your enemy’s belt can help you to push or pull them in any direction. It will be hard for your attacker to push you away if you grab them by their collar — or even their hair.

In one of the film’s epic scenes, Michael B. Jordan defends himself from a group of prison guards by using the jail cell to his advantage. He runs the faucet to make the floor slippery, and then uses the sink as the perfect surface for cracking heads. It’s a brilliantly crafted action scene, but the theory of using your surroundings is very real. You likely won’t have water at your disposal to help you in a life-and-death situation, but you could gain an advantage by wearing camouflage, or simply turning an enemy’s weapon against them. Weapons don’t have to fire or stab to be dangerous — you can use the butt of an enemy’s own rifle to strike them under the chin. You could also look for advantageous objects in your surrounding such as sharp branches or rocks.

Use joints against themselves

“Joints only like to move in certain directions,” says Stratford. A good anatomical understanding could make all the difference in an intense battle with an attacker. Elbow and knee joints can be dislocated or fractured if moved against their will. Manipulating an enemy’s fingers can serve to help you in many ways. The stress that they feel under such pressure will disorientate them and make them less effective to attack, the pain will also be excruciating and on top of all this, your opponent will find it next to impossible to punch you with a broken finger or wrist. They will be ineffective to kick you with a disjointed knee.

“Look for those soft patches,” says Stratford. Even a soldier that has a chest protector and a rucksack on his back will be vulnerable in the armpit area. Hesitant about kicking an attacker below the belt? You’d do it if your life depended on it! Of course, in a civilized society we rightly have a sense of decency and in sports we have organized rules to protect us but in a combat situation, eye gouges and throat strikes would be legal because anything goes. In a self-defense situation, where it is proportionate to do so, it’s a case of ‘do unto others, before they do it to you’.