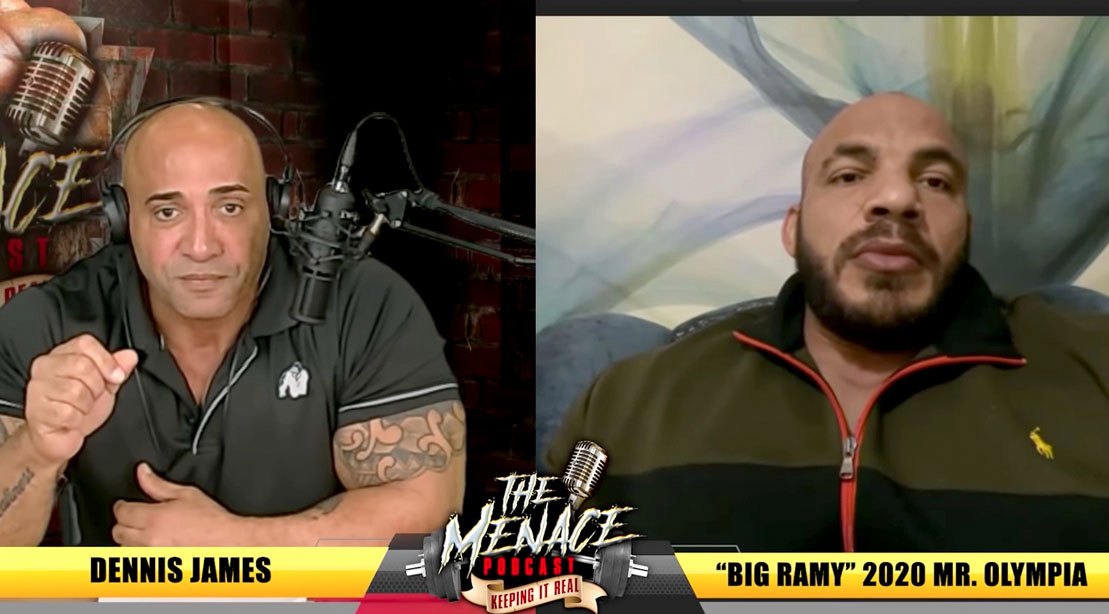 If a media personality is going to launch a podcast, then it would be a good idea to have the biggest guest possible to draw the most attention. So for the debut of “The Menace” podcast, host Dennis James landed the biggest guest bodybuilding could offer.

Reigning Mr. Olympia Mamdouh “Big Ramy” Elssbiay helped launch the “The Menace” podcast, touching on a number of topics in a conversation with his coach. Both mentor and athlete talked about Big Ramy’s historic win in Orlando this past December. James wanted to know how long it took for the fact that he won to set in.

“For the first three days after the show, I would wake up and it would feel like a dream. I’d look for the Sandow around me, and I would be like, ‘It happened. I’m still not dreaming.’ I did that for 10 years, and I was thinking about that every day … A lot of people around me said that it would never happen.”

After talking about the past, the champion spoke about the future, namely who will pose as the biggest threats to the champion when he defends his title for the first time at the 2021 Olympia.

“All of them have something,” Big Ramy says. William Bonac has good muscle, big muscle, and everything. He always comes in good condition. Brandon (Curry) is of course a good bodybuilder, he has a good physique, a perfect taper, and everyone has something. Roelly (Winklaar) wasn’t competing last year, but he could be competing this year, and he’s also huge and has good muscle.”

Big Ramy also talked about one of his passions outside of bodybuilding — fishing, recalling the first time that his parents had him on their boat.

“I am 8 years old, and I’m going with my family every summer, going to fishing from the sea,” he says. “In the winter, I would travel with them to the lakes. It was work for the family, it wasn’t fun times. You have to work.”

Of course, the Egyptian’s focus switched to bodybuilding, and his name became famous after he joined Oxygen Gym in Kuwait. James asked him about that decision and why he chose to go there.

“My family wanted me there, and I think I had the opportunity to change my life there. I was able to go there and be around a lot of gyms, because we had heard already about Oxygen Gym, and all of the other gyms there, I already knew a lot of people there. If I could go there and be in the gyms, and I heard a lot of champions from America were going to be coming to Kuwait, then that makes sense to be there.”

Big Ramy also shared stories from his teenage years when he was trying to get into boxing, the way his friends reacted when he told them that he would be a professional bodybuilder, why he changed trainers as often as he did, testing positive for COVID-19, and much, much more.

Catch this episode and every upcoming episode of “The Menace” podcast on the Muscle & Fitness YouTube Channel every Sunday at noon PT.

Prev post
Back 2 Basics: When Should You Do Cardio
Next post
Is Wellness the New Bikini? ‘FFF’ Discusses the New IFBB DIvision