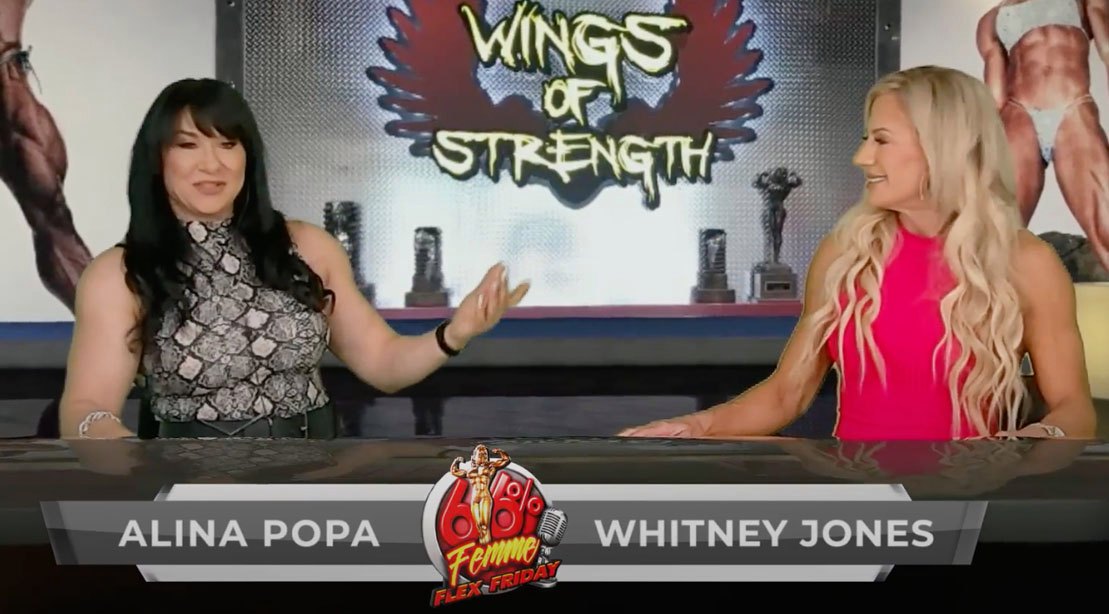 Femme Flex Friday host Alina Popa and current co-host Whitney Jones are no stranger to facing judges. The former Rising Phoenix World Champion and two-time Fitness Olympia winner have been compared to other athletes by IFBB judges Sandy Williamson and Steve Weinberger multiple times in the past. On the March 25th episode of FFF, the tables are turned. It’s Williamson and Weinberger that are facing Popa and Jones, but it’s in a different setting. The head judges were taking questions and discussing how they do their job when determining the best of the best in bodybuilding and physique competitions.

The Evolution of Female Bodybuilding

The sisterhood of female bodybuilders finally gets some R.E.S.P.E.C.T.

“That’s the beauty of the NPC, is that you can start in one division and Alina, you know, when you’re training you’re going to grow. That’s what happens. We have Women’s Physique competitors that are now putting on too much size for Physique. So they’re not doing as well, they’re going to make that jump up to bodybuilding. If they’re physique and their quality is a little bit better, they will be placing higher or winning competitions.”

Weinberger on What Judges Want to See From Female Bodybuilders

“It’s conditioning, it’s shape, obviously symmetry, and like Sandy said, these women are moving up, and they’re really good, and the sport grows, we have better competitors, and unfortunately for competitors that have been around for a while, sometimes they’re outclassed now. I mean, it’s the evolution, you know.”

Williamson on What Athletes Should Be Focusing On

“Even if you start with all the women’s divisions, I always say full muscle bellies, even as Bikini, you don’t need to be super shredded. It’s about having that underneath development. The amount of it just changes as you go up in divisions.”

Weinberger on the Difference Between Seeing Competitors on Video and Live

Williamson on Women’s Physique Athletes Being Too Lean

“If the Women’s Physique athlete comes in completely shredded and she’s really striated, she does not do as well. She may obviously still get placed in that first callout or something, but she’s usually not the winner. You know what I mean? So again, getting back to your thing, now you take some of those girls that are from Women’s Physique that add a little bit of that size, and they can get that conditioning, and when they jump up to bodybuilding, they’re going to do well.”

Weinberger on How Andrea Shaw Won the Ms. Olympia

“Andrea was incredible. She wasn’t the biggest, she wasn’t the hardest, but she was the most complete. She took your breath away. Margie (Martin, runner-up) was excellent, very big, very good condition, but not the muscle bellies that Andrea has. Honestly, it was Andrea really by herself right there in my opinion.”

The head judges were very open discussing about the other divisions and what athletes should focus on as they take the pro stages as well as how the athletes can shape the division they compete in.

You can catch this and every episode of “FFF” every Friday at 6 p.m. EST on www.wingsofstrength.net .

Prev post
Raquel Gonzalez set to take on Io Shirai in NXT TakeOver Main Event
Next post
Back 2 Basics: When Should You Do Cardio