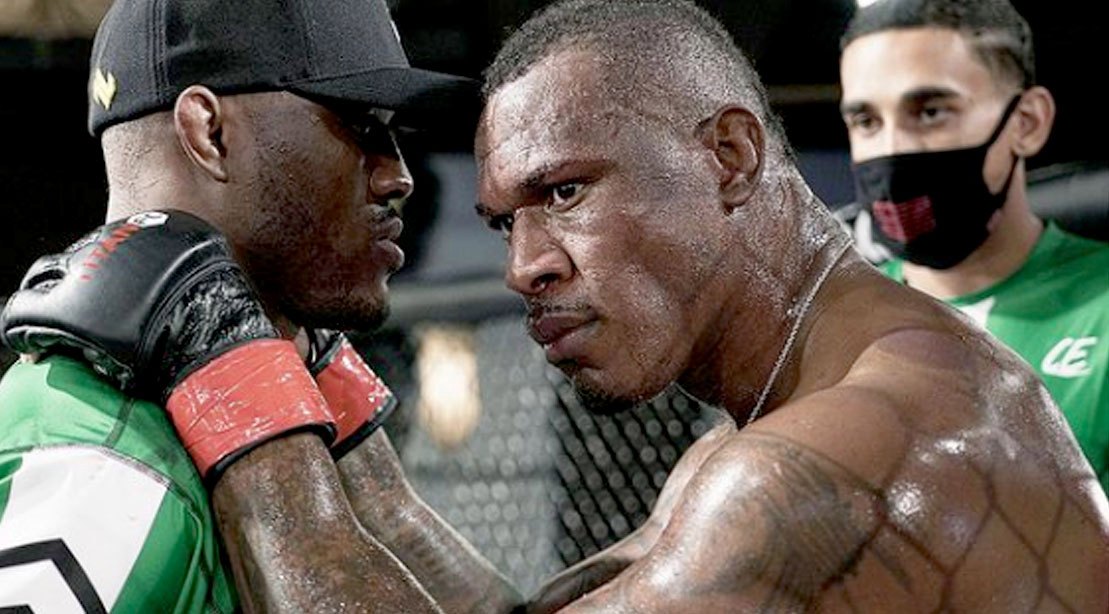 It’s finally time for Mohammed Usman to unleash more than just his mystique on the PFL heavyweight division.

After signing with the Professional Fighters League last March, the highly regarded yet lightly fought former college football star has been waiting for nearly a year for the chance to step into the cage.

But the news the MMA star been waiting for has arrived as the PFL recently announced its 2021 season will begin on April 23 (televised on ESPN2 and ESPN+) with the lightweight and featherweight divisions kicking things off.

Usman and the rest of heavyweights, which also includes the PFL debut of former UFC heavyweight champion Fabricio Werdum, will begin on May 6. The fight card will also include the women’s lightweight division, featuring defending champion Kayla Harrison.

It’ll be the first live event for the upstart MMA organization since New Year’s Eve 2019 following the postponement of the 2020 season due to the COVID pandemic. Yet, with the addition Usman and Werdum, as well as picking up superstars Anthony Pettis (lightweight) and Rory MacDonald (welterweight), it continues pushing toward becoming the main rival of the UFC. Along with setting its opening schedule (playoff and championship dates remain to be determined), the PFL recently announced a lucrative $65 million financing round, boosted by celebrity investments including “Survivor” producer Mark Burnett and actor and comedian Kevin Hart.

For Usman, 31, the PFL’s return means to finally show his MMA skills to a much larger audience and step out of the shadows of his older brother, UFC welterweight champion Kamaru Usman. Part of his aura also comes from an epic performance on the football field as well as a sparring session some may also to refer to as epic. But with his 7-1 MMA record coming in regional MMA organizations, Usman has displayed a versatile ability in defeating opponents, including three knockouts and a pair of submission wins via kimura.

“I’m a complete mixed martial artist.” Usman says. “When I first started fighting, I was just, you know, a football player transferred to MMA, but now I’m a complete fighter, including my fight IQ. If I get in there and the guy’s good at boxing, I’m going to the ground. If his ground game is good, I’m gonna switch it up. I want to be able to do everything in the fight to win.”

Despite his stellar start in MMA, Mohammed Usman’s most notable takedown came on the football field more than a decade ago. Playing defensive end for Navarro Junior College in Texas, Usman and his teammates faced state rival Blinn College, the No. 1 ranked junior college in the nation at the time, and its highly regarded quarterback, Cam Newton.

On Halloween 2009, Navarro pulled off a stunning 23-20 victory over Blinn. In the upset, Usman had a game for the ages, sacking Newton three times. Two weeks later, Newton and Blinn got their revenge by defeating Navarro in the conference final rematch, but Usman’s performance came during the only college career loss of Newton, who went on the following year to win the Heisman Trophy and then become NFL MVP in 2015.

Usman went on to the University of Arizona, where he played for two seasons. (Interestingly, his Wildcats quarterback was Philadelphia Eagles Super Bowl LII MVP Nick Foles.)

“I really am blessed that I got to play Cam Newton,” Usman recalls. “He definitely did not make my football career, but at the time everybody knew who he was, so it made me play better. And by me playing better, I was able to showcase my skills.”

Usman’s performance against Newton solidified his athletic reputation, however Usman gained the boost of MMA confidence needed when he was pulled into an impromptu sparring session with UFC heavyweight contender Francis Ngannou around 2018, prior to one of his brother’s bouts. What was to be a quick and relatively light grappling session with a few clinches and ground drills, turned into an all-out, BJJ sparring bout, lasting for nearly a half an hour, with neither fighter looking to tap out.

“it was nice and easy at first grappling,” Usman says. “And then all of a sudden it turns into just this muscleman match and we just kept going for 20 to 30 minutes to see who’s stronger. We took over the whole training and everybody just started watching us go.”

MOTORING TOWARD A PFL TITLE AND $1 MILLION

Nicknamed “the Motor,” because he never shuts off, Usman says his fight style and conditioning is tailor-made made for the PFL’s grueling semifinal forma, which feature fighters fighting twice in one night, leading up to its $1 million grand prize PFL Championships, traditionally held on New Year’s Eve.

First, Usman has to make it out of the first round of a stacked heavyweight lineup. In addition to Werdum, the division also features the return of defending heavyweight champion Ali Isaev, along with Cezar Ferreira, Renan Ferreira, Chris Camozzi, Denis Goltsov, Hatef Moeil, and Justin Willis.

“I love the format,” Usman says. “Two fights in one night tests your conditioning and your fight IQ. It’s old fashioned and I like it. Then one fight for a million dollars. That’s all I need.”

Conditioning and stamina should never be an issue, Usman says, pointing to the brutal desert two-a-day workouts he was part of while at the University of Arizona, where at times morning sessions followed by 2 1/2-hour afternoon workouts were  conducted in temperatures sometimes reaching 120 degrees. “It was brutal,” Usman recalls.

In addition to the hours spent working on Brazilian jiu-jitsu training, Usman continues to hit the weight room, although he no longer has the need to max out like he did at Arizona, where he once put up 685-pound squat. Today it’s about higher reps, lower weight, in addition to sled drags and pulls incorporated to push his heart rate up and improve his fight stamina.

After the long hours of training Usman says he’s added adding red light therapy, which is said to be an effective treatment in cellular repair, which can help reduce inflammation and help speed up muscle recovery.

But the biggest change, Usman says, has been his diet. During his football days, Usman admits to eating up to 5,000 calories daily, from a bagful of burgers to steaks each night. Today, with the help of a nutritionist, he’s brought it in, now 50% vegetables, 25% protein and 25% fats. He says the lifestyle change has made him a better athlete today.

“I feel like I’ve gotten to this point in my life now with MMA that I can no longer just eat anything,” Usman says. “Now I have to do everything completely by the book, so I have no doubt in my mind that I’ll be the better athlete in the cage.”

The MMA training routine to get jacked and burn fa…

Get a six-pack and a strong core.