HomeFitnessHow Jay Harrington Got Stronger Than Ever at 49 for 'S.W.A.T.’ 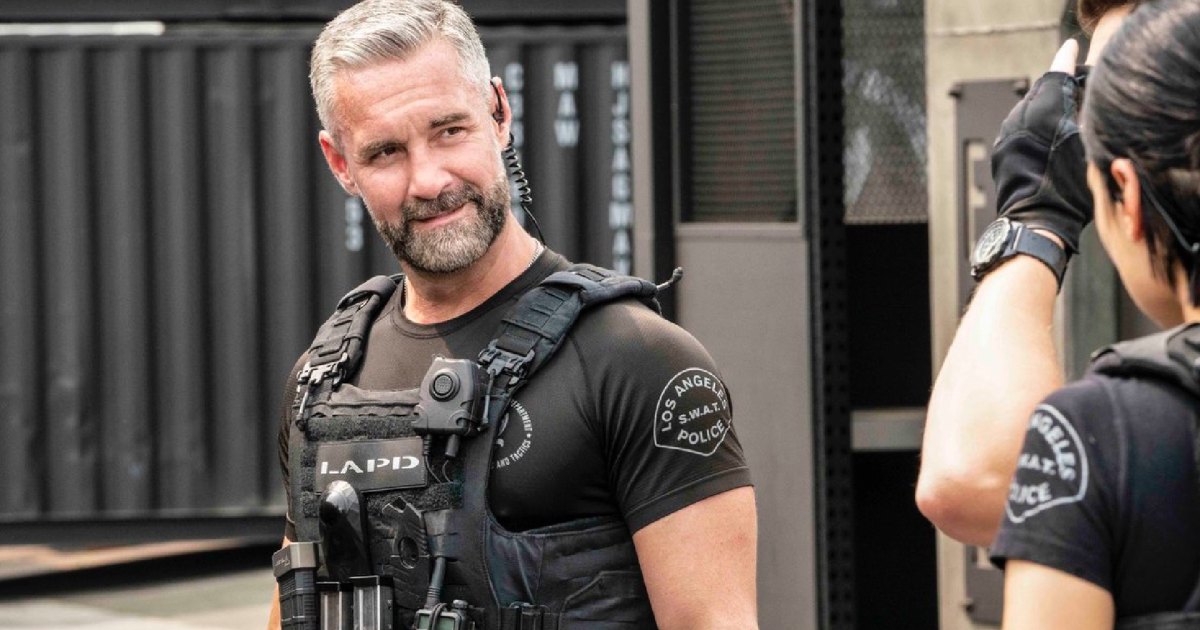 How Jay Harrington Got Stronger Than Ever at 49 for 'S.W.A.T.’

On the set of CBS police drama S.W.A.T., there’s a trailer that occasionally appears onscreen as a mobile command unit. But you won’t find crime-fighting tech inside. Instead, it’s stocked with a cache of gym equipment. It’s also where you’ll find cast member Jay Harrington when he’s got a few hours to kill between shoots.

“The LAPD SWAT is the very top tier of police operations, and these guys do not mess around,” Harrington tells Men’s Journal.

The actor plays Sergeant II David ‘Deacon’ Kay, a 10-year SWAT veteran and senior member of the “last defense” unit the show depicts. The role is a complicated one, giving a glimpse of the physical, emotional, and mental tenacity required to strap on a bullet-proof vest every day while your family worries at home.

Gordon Ramsay on Triathlons, Training Advice From David Beckham, and the Wildest…

Before the series kicked off, the cast was put through an in-depth police maneuvers bootcamp. As you’d imagine, the best educator was raw experience. “I put on the tactical gear, picked up the primary weapon, and was shocked by the weight of it all,” says Harrington. The burden became more evident when on set for hours, and getting through the show’s intense action started to take its toll—especially given the star’s almost 50. Bodies don’t recover like they do in your 20s and 30s.

So when Harrington was preparing for the latest season, he decided to enlist a little help to get into top cop shape. He was connected with trainer Andre Bolourchi by his friend Chris Mogaddam, and dove into a program to put on solid muscle mass at Double Ops in Santa Monica. The partnership has been a success, with the 49-year-old feeling stronger than ever, and putting on noticeable size when compared to previous seasons.

The Push-Pull Workout for a Well-Balanced Upper Body

The benefits go beyond aesthetics, with Harrington moving smoother through the raid sequences, led by series police expert Otis Gallop, a veteran of San Diego SWAT. “It’s important for us to tell these stories correctly, and Otis makes sure we do,” Harrington says. “Not to mention he’s also a beast. I have the upmost respect for these guys, and I want to do them justice.”

The Push-Pull Workout That Got ‘S.W.A.T.’ Actor Jay Harrington Stronger Than Ever at 49

Bolouchi designed a pull-pull program with the purpose of building strength and adding size without getting Harrington too bulky. The trainer’s first move was to dial in the actor’s form and adding variation on classic exercises. This workout is a look into one of those training days, targeting the back and biceps. Move down the list, completing the prescribed number of reps and resting for 60 to 90 seconds between exercises before starting back at the top again. Complete three rounds.

Given that Harrington already spends a lot of time on his feet while filming, they focused more on core than legs. On top of that, one of the actor’s favorite outdoor activities is to run steps in the Santa Monica sun. “I enjoy sweating outside as much as I can,” he says. “These days I’ve found it an important routine for both my mental and physical health.” So if you’re looking for a workout finisher, pound the pavement or find some stairs.

How to Build Muscle When You’re Over 40

Three workout routines to help you feel like your 25-year-old self again.

How to do it: Position yourself in the middle of a trap bar with feet hip-width apart. Bend at knees and hinge at hips to lower down and grab handles. Dig your heels into the ground, engage your core, and maintain a flat back and proud chest as you drive the weight up. The motion should be powerful and explosive. Engage your glutes at the top of the movement, then return the bar back to the floor in a slow and controlled motion.

Position yourself behind the barbell with feet shoulder-width apart. Bend at knees and hinge at hips to lower down and grab the bar with an underhand grip. Pick the barbell up, keeping arms fully extended and back parallel to the floor. Start the rep by pulling the bar toward your waist, only using your arms, bringing elbows behind your back. Hold for a moment, then return to the start position.

Bring a dumbbell to a Roman chair or hyperextension bench. Pick up the dumbbell with your right hand, with your arm extended, holding it directly under your shoulder and use the equipment to get into a static hip extension. Keep your spine straight as you row the dumbbell straight back, elbow tracking close to your side. Pause briefly, then return to start position. Complete all reps on one side, then switch.

Secure your resistance band overhead. If the band isn’t secured high enough, you can drop to your knees in order to get the right positioning. Pull the band slowly down to your chest while squeezing your shoulder blades together and keeping head aligned with spine. Pause briefly, then return to start position.

Hold a barbell with an underhand grip, hands placed shoulder-width apart. Keeping your shoulders and upper arms still, curl the bar toward your chest. Bring the bar all the way to your shoulders, squeezing your biceps at the top. Pause briefly, then return to start position.

Sit on a flat bench with legs spread wide, feet flat on the floor. Pick a dumbbell up in your right hand with an underhand grip, putting the back of your upper arm against your inner right thigh. Your torso should be bent enough to allow for the arm to be fully extended. Slowly curl the dumbbell up to your right shoulder without moving the upper arm from its position. Pause briefly, then return to start position.

The post How Jay Harrington Got Stronger Than Ever at 49 for 'S.W.A.T.’ appeared first on Men's Journal.