HomeFitnessWoman’s ‘Inappropriate’ Outfit Got Her Kicked Out of Gym 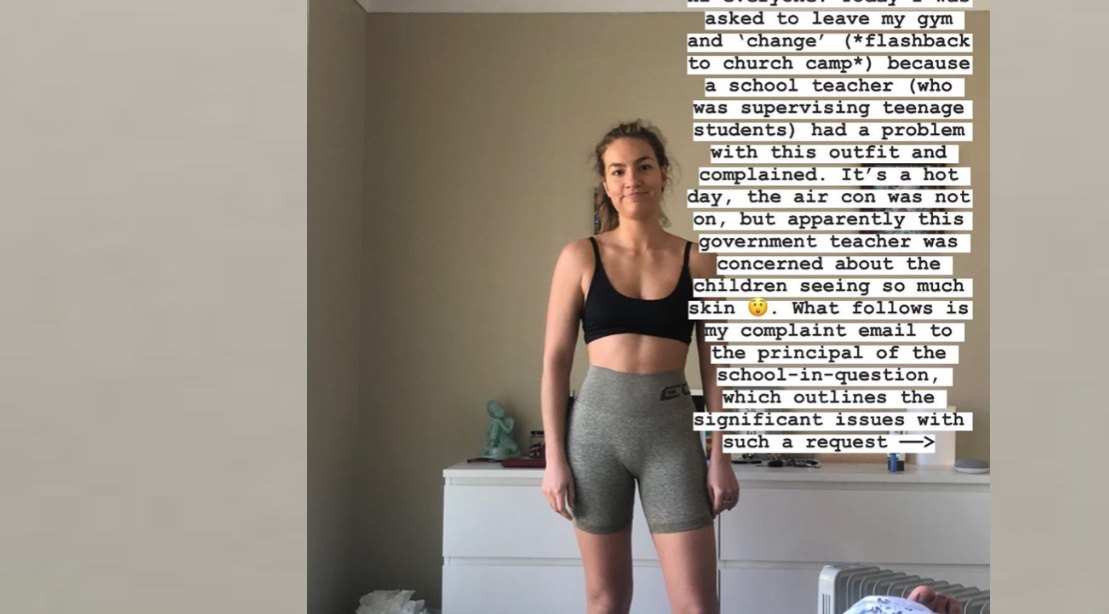 Woman’s ‘Inappropriate’ Outfit Got Her Kicked Out of Gym

There are a lot of things that warrant someone being asked to change their behavior or even leave a gym: not wiping down benches, being “that guy” who grunts at the top of his lungs at every rep, curling in the squat rack, and more — the list goes on.

But a woman showing some skin shouldn’t be one of those things, especially not in 2020. And yet, that’s exactly what happened to one gym patron recently in Australia.

Gabi Goddard said on her Instagram stories, which you can view by clicking here, that the owner of Hornsby 24/7 Gym in Australia had asked her to change — supposedly because a high school teacher supervising some teenagers had complained Goddard was showing “too much skin.”

Goddard says it was hot in the gym that day, and the air conditioning was not working (not that she should have to defend this outfit anyway). Rightfully shaken by the request, Goddard complained to the principal of the school about the teacher’s alleged actions.

“I am horrified that your school has say over the clothing choices (and freedom to exercise) of an independent woman,” she wrote in her letter to the principal, which you can see in the Instagram stories.

We’ll make a long story short here: No teacher had actually complained about the outfit. Goddard later learned it was the gym owner who thought she was showing too much skin, and the owner had approached the teacher and asked if they, too, thought it was “inappropriate.” The teacher agreed, but never asked for Goddard to change her outfit.

Goddard has since changed gyms, and has received multiple comments about the exchange. While most have been positive and supportive of her, some haters are taking the gym owner’s side.

Call us crazy, but there’s nothing scandalous about her outfit at all. It’s crazy to think that in the year 2020 women can still be called out for something as simple as this.