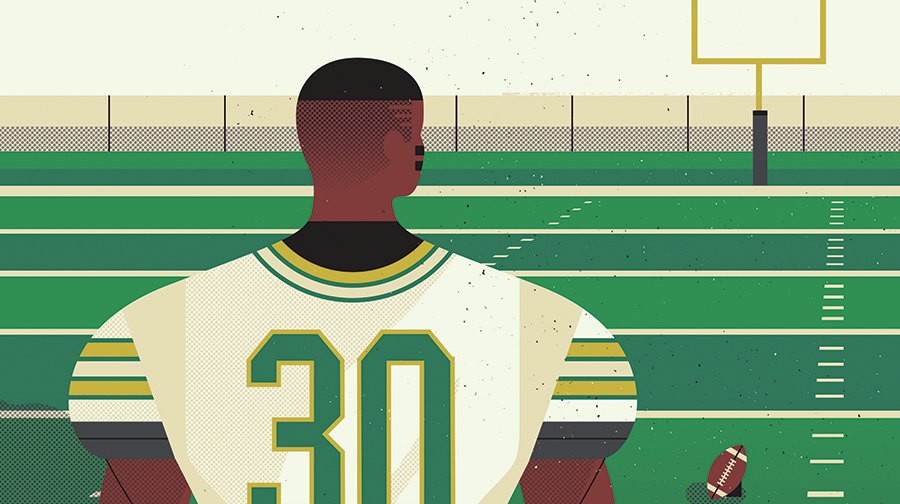 Setting off toward a new goal is its own endorphin rush. You’ve set your target and can practically taste success. In the words of every group fitness instructor, “Time to get after it!” If only it were that easy. In fact, we humans are terrible at getting after it. And we not only suck at achieving goals, we suck at setting them, going after objectives that are too vague or hopelessly grandiose. John Norcross, a psychologist at the University of Sacramento found that less than half of people who make New Year’s resolutions (probably the most common type of goal) kept it up six months later.

5 Ways to Boost Your Productivity Immediately

Beating the odds comes down to having a plan. “It’s like going on a trip,” says Jim Taylor, a sports psychologist and author of Train Your Mind for Athletic Success. “Going to Denver is a nice goal, but to get there you need a map.”

Even before you start on that map, you need a goal that’s specific and reasonably attainable. “Get stronger” or “make more money”—those are like wishes. “Lose 2 percent of body fat” or “knock 10 seconds off each mile of my next marathon” are more workable, Taylor says.

In order to crush a goal, it should feel some how personal. It’s harder to lose 20 pounds because your doctor told you to than if you choose to do it for your own health. Decades of studies in psychology and sociology say that intrinsic goals (motivated by an innate desire for autonomy, relating to others, knowledge, and personal growth) are more motivating than extrinsic goals (striving for the approval of others). Figure out what’s in it for you, deep down. And couch your goals in positive terms. It’s harder to avoid doing something than it is to aim for something else, what researchers call ironic mental control. Instead of “quit smoking,” pick a goal that’s incompatible with smoking, like taking up swimming. (Hey, it almost worked for Don Draper.)

Next, establish a reasonable time frame, including a series of sub-goals. These markers become opportunities to see how it’s going, celebrate achievements, and change things up, if necessary. Researchers at the University of Sheffield in the U.K. found that people who tracked their progress toward goals were more successful than those who didn’t. The more frequent the monitoring, the better they did. So pad your journey with reminders, or scheduled check-ins with a friend, coach, physician—anyone who can give you a hand.

Keep in mind that almost any big life change—switching careers, doing an Ironman, even sticking to a new diet—requires some level of buy-in from other people in your life. Anticipate how your spouse, kids, even coworkers will be affected by your pursuit.

None of this is easy—which is why most of us have experience with unfulfilled goals. Remember that success begets success. Small accomplishments will give you the grit to keep going and the confidence to go after bigger things in the future. So where do you want to start? Is it the right time to become an entrepreneur or to climb Mount Kilimanjaro? Here, we’ve laid out some best practices, giving you the playbook to actually get after it.

Make it a date. If you want to ease back into fitness, signing up for a race is a good start. Mark race day on your calendar, and your training plan works back from there. We’re not only talking marathon, either. A 5K in April could mean a 10K by fall and a half after that. Maybe a 26.2 isn’t so far away.

There are tons of training plans to choose from. Keep in mind that the most common ways to sabotage your goal are overtraining and undertraining, Taylor says. A good program builds progressively to help you avoid injury and burnout. If you’re outperforming the plan—say, easily hitting times and distances—you can adjust up, but do so cautiously. The priority is arriving on race day healthy, finishing strong, and wanting to go again, Taylor says.

For additional staying power, join a group. Researchers found that University of Oxford rowers practicing together had heightened pain thresholds (something that begins to explain CrossFit). But if you’re a lone-wolf type motivated by continually besting yourself, stick with what works.

To share or not to share your goals? It comes down to what’ll get you out of bed and to your workout on a dreary morning. For some, telling others is about accountability. But a study in Psychological Science found that when others acknowledge your intentions, all those “good job!” messages can create a premature sense of accomplishment, undermining your resolve to do it for real.

When race day comes around, have a back-up plan. Even if you’ve spent months training faithfully, there are no guarantees. “If it’s 95 degrees and you cramp or bonk, having an alternative goal gives you something to hold on to,” Taylor says. “At a basic level, in endurance sports, the goal is getting through it.”

Phone a friend. It’s hard to go completely solo when it comes to your professional life. There are just too many outside forces involved, compared with the relative simplicity of a gym routine. Even the timeline you set is less about your motivation and has more to do with the realities of your particular industry. In general, plan for it to take six months to a year to switch jobs, says Jill Berquist, a certified career coach. Changes in personal behavior that can better your standing at work—improving collaboration, becoming a better communicator—can take three months to register with the higher-ups.

To stay focused for the long haul, executive coach Annie Merkle suggests enlisting an accountability partner, such as a spouse or a trusted coworker, who is invested in you.

“Ask your career partner to check in weekly to see how you’re progressing,” Merkle says. How many times did you ask someone else for feedback? Did you speak up in the big board meeting? “It forces you to show your activity and results,” she says.

Loop in your boss, too. You may not want to tell him or her “my goal is to have your job,” but do express that you want to expand your skills, have more responsibility, do more off-sites, etc. “It’s important for bosses to know what’s important to their employees to support them and their development,” Merkle says.

Because work goals tend to be complex, take a panoramic view of the landscape. “Think of the path to your goal as lily pads on a pond, rather than a bridge with steps that go straight across,” says Merkle. “You need to be able to be opportunistic.” Identify the gaps between where you are and where you want to be, and look for ways to fill them. “Can you do a course or seminar?” Merkle suggests. “Can you create and lead an initiative? There are lots of different ways to close gaps—but you don’t get anything if you don’t ask.”

Protect your time. Too often, we don’t think about interpersonal goals until there’s a problem. And fixing it requires another party who has a different set of goals and obligations. Vague vows to “spend more time” with a partner, family member, or friend fall into that category of wishes, not goals. Protect that time with a recurring date on both your calendars that doesn’t get skipped. “That’s the only way to make sure I don’t lose things like family and my personal health that keep me effective,” says Jordan Fliegel, co-founder of the fantasy sports site Draft.com. Through trial and error, he’s become a big believer in routines. This means scheduling not just workout time, but, for example, a regular chat with his grandma. “I call her the same day of the week, every week.”

If your goal is a calmer, more cohesive family life, consider adopting a method adapted from software developers. Bruce Feiler, author of The Secrets of Happy Families, suggests weekly “scrum” meetings, during which your family team talks over short-term goals. The meetings can be quick. Essentially you’re asking three questions: What’s going well this week? What do we need to work on? How can we all chip in to meet next week’s challenges? Approaching family goals as collaborative and evolving projects encourages flexibility and idea sharing, and brings your team closer together.

And isn’t that the goal?