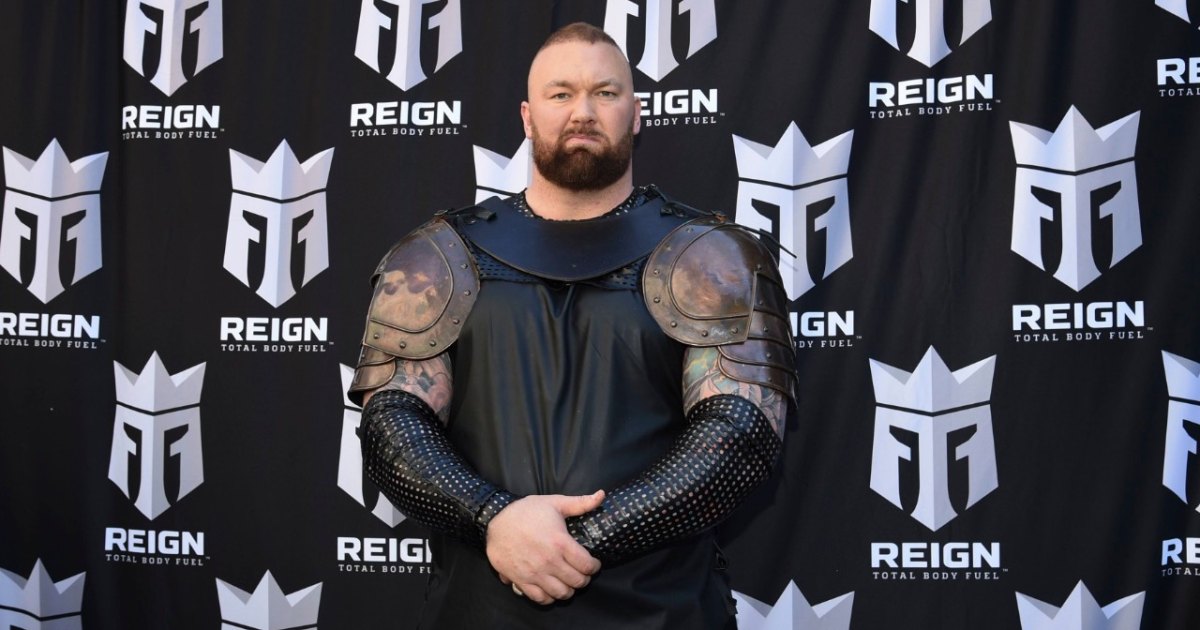 Aside from gaining worldwide recognition during his stint as The Mountain on Game of Thrones, Hafþór Júlíus Björnsson‘s claim to fame has always been his otherworldly strength. He won the World’s Strongest Man competition in 2018, has won three Arnold Strongman Classics, and won five Europe’s Strongest Man competitions. The Icelandic Strongman even deadlifted an astonishing 1,104 pounds for a world record earlier this year.

But his strongman days might have come to an end as his priorities shift to his long-term health, he announced in an Instagram post on Sunday.

Following his 10th consecutive Iceland’s Strongest Man win, Björnsson made the announcement that many expected was coming.

Iceland’s Strongest Man for the 10th consecutive year. 6 events, 6 wins. Great way to finish my strongman career. Now a different journey starts and I’m super excited. It’s been a great time in the sport of strongman but I’ve decided that I’m going to take a long break from the sport. Maybe I’ll never return but never say never right. I’m still only 31 years old and could come back in few years if my heart wants it! Right now my heart tells me that I need to be healthy for my family and do what’s best for them! Thanks to you all for your support over the years. I appreciate you all!

He certainly ended his career — if this is truly the end of it — on a high note, winning all six events at this year’s competition and carrying the actual 409-pound Húsafell Stone (not a replica as is usually the case) in the competition.

“Iceland’s Strongest Man for the 10th consecutive year. 6 events, 6 wins. Great way to finish my strongman career,” Björnsson wrote in the post, where he poses with his wife. “Now a different journey starts and I’m super excited.”

At just 31 years old, he admits that he isn’t necessarily done for good and may just be taking a long break from the sport. But his priority at the moment is staying healthy for his daughter and his wife, who is pregnant with their first child together and currently in her third trimester.

After the big win, his father and grandfather took the liberty of hanging his latest award on the Thor’s Power Gym wall, and it’s an impressive sight to say the least.

My 10th title up on the wall! My grandfather and father were the first in the gym this morning to mount this bad boy.

He didn’t get specific about what he’s going to pursue next, but one thing we have to look forward to is the boxing match with Eddie Hall that the two planned months back.

No matter what Björnsson decides to do in the future, there’s no doubt that his name is cemented in strongman history.