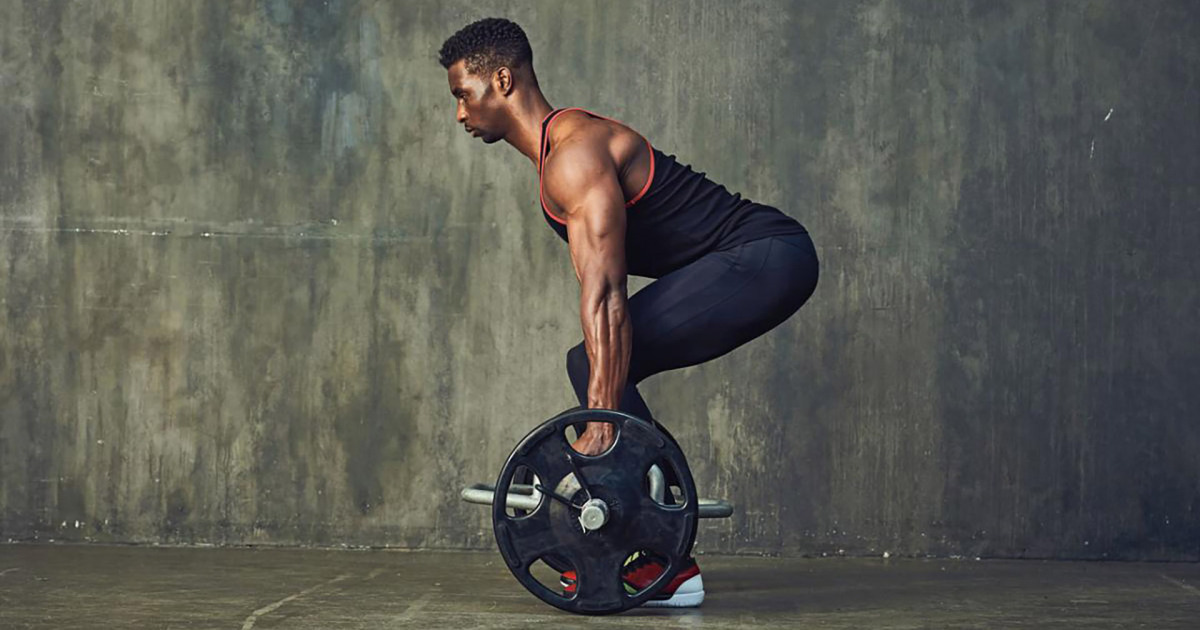 If you’re going to work one joint, pick your hips. And if you want to do the single best hip exercise for men, choose the deadlift.

Your hips are one of the body’s biggest weight-bearing joints. They’re also the epicenter of human movement, affecting everything that happens in your upper and lower body, as well as your core.

Your hips also comprise 21 separate muscles, including some of your body’s largest and most powerful. And the deadlift works them all.

“It’s a no-brainer,” says Tony Gentilcore, C.S.C.S., strength coach and owner of CORE training studio outside Boston. “Among all hip exercises, deadlifts are at the top of the pyramid.”

20 Best Glutes Exercises of All Time

Why the Deadlift Is So Effective

When it comes to training the hips, deadlifts check all the boxes. They use one of the most fundamental human movement patterns, the hinge, to improve hip strength and power.

And by honing function and muscular balance, says Gentilcore, you reduce risk of injury throughout the entire body. The root cause of many common injuries, such as ACL tears, is an underlying hip deficit.

“The posterior chain is important,” Gentilcore says, noting that your glutes and hamstrings are your body’s power and performance muscles; their strength increases translate into improved lifting and athletic ability across the board.

A key way the deadlift improves sports performance is by contributing to strength and power in the athletic posture, explains Prentiss Rhodes, C.P.T., product manager with the National Academy of Sports Medicine.

“Many athletic moves begin in an athletic stance, which is essentially a hinge,” he says. “From this position, the athlete may sprint, jump, or perform any movement associated with their respective sport.” (Think three-point stance in football, defensive position in basketball, vertical jump, power clean.)

“You can load the deadlift heavier than other movements,” Gentilcore says, noting that can mean a greater stimulus for strength gains, not just in the glutes and hamstrings, but throughout the posterior chain.

Why Training Your Hip Flexors Matters

You may not be able to see your psoas, iliacus, or sartorius, but these essential muscles are major …

After all, even though the deadlift is a hip exercise, it works every muscle you’ve got—strengthening your hands, shoulders, lats, and core to a high degree. In fact, according to research published in the International Journal of Sports Physical Therapy, deadlifts crush the plank at training the transverse abdominis, the core’s deepest-lying muscle.

And if you do them right, they aren’t bad for your back. Deadlifts can actually decrease pain in people with lower-back problems, according to the Journal of Strength and Conditioning Research.

How to Deadlift with Perfect Form

The first point to drive home is that there’s no one single best deadlift position or setup.

“Many people hear ‘deadlift’ and think, ‘conventional barbell deadlift, that’s what I have to do,’ ” Gentilcore says. “But no one outside of competitive powerlifting and Olympic lifting have to pull from the floor.”

And not everyone should, as anatomical structure of the pelvis and femur, limb length, and hamstring mobility all influence what foot placement and bar or weight height is best for your body.

For that reason, Gentilcore suggests taking time to determine which deadlift position and setup work for you. But since you’re unlikely to get X-rays performed on your hips to pinpoint your individual joint structure, “it’s all about trial, error, and a little bit of experimentation,” Gentilcore says.

He recommends starting your deadlift tryouts with a trap bar, since the variation puts your center of mass inside the bar, meaning there’s less sheer force placed on the spine and it doesn’t require much mobility. Put simply, it agrees with most people.

From there, options include both a conventional hip-width stance as well as a wider sumo stance. “Try a few sets of each and see how they feel,” he says. With each variation, play with foot placement; your body isn’t perfectly symmetrical, and your setup doesn’t have to be.

Whatever position or positions you find work for you, here are some universal form guidelines that will help you enjoy maximum benefits with minimal risk of injury:

How to Integrate the Deadlift into Your Workout Routine

To really improve and benefit from the deadlift, perform the exercise at least twice per week. You can choose to perform the same variation each day or alternate between setups, if multiple ones work for you. Depending on your workout schedule, you can integrate them into total-body, lower-body, or posterior-chain days.

Whatever you choose, though, deadlifts are generally best performed near the beginning of the workout and soon after your warmup and activation exercises, Gentilcore says. The deadlift is a highly technical movement that deteriorates with both muscular and central nervous system fatigue.

That’s especially true if you’re deadlifting high-rep maximums. Gentilcore recommends typically cutting sets at about 6 reps to reduce the risk of breakdowns in form. For example, consider performing 4 sets of 6 reps or 5 sets of 5 reps. If you’re ending each set with little to nothing left in the tank, rest 2 to 3 minutes between sets.

It’s all about ensuring quality of movement. The best deadlift for your hips is the one you do with impeccable form.